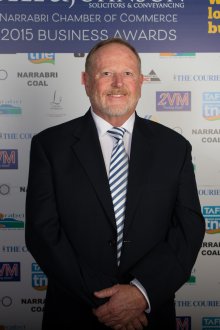 The Narrabri-based Chair of Regional Development Australia Northern Inland (RDANI) Russell Stewart is urging local communities and residents to ensure the upcoming census gets taken seriously and is completed. “A little bit of effort can make a huge difference! It is the only way we can give Governments and private investors the facts about our region,” he said.

The Australian Bureau of Statistics (ABS) will be conducting the Australian Census of Population and Housing Survey on Tuesday 9 August, 2016. “The census comes around every five years and is considered by many to be at best, a nuisance, and by some, to be an attack on their privacy,” said Mr Stewart.

“However, it is critical to know that our Governments and policy makers use the information you provide in the Census to estimate Australia’s overall and individual area population. The data also serves as a guide for the distribution of government funds and the planning of services for your community, such as housing, transport, education, hospitals, as well as programs for industry, the environment and regional development.”

Mr Stewart advised that census data is also used by individuals, industry, business and organisations in the public and private sectors to make decisions on policy, planning and investment issues that heavily impact on our lives.

“We have towns in our Northern Inland Region, which due to Census figures, are considered by our Governments and policy makers to be in decline. All this due, on some occasions, to a ‘hand full’ of numbers. Conversely, we have towns considered to be growth centres by similar small numbers.”

Whether lobbying for Narrabri in the past or on a regional level, with Regional Development Australia, Mr Stewart has observed investment trends that highlight the importance of taking the census seriously. “Towns or regions considered to be growing, regularly attract increases in investment by our Governments and the private sector. Let’s face it; everyone wants to be ‘on a Winner’.”

“On a number of occasions while attempting to argue for more attention to, or investment in the Northern Inland, I have been referred to (the score board) and been let down by the last Census figures.”

Mr Stewart said that councils, community organisations and individuals must actively encourage maximum participation in the census next month. “Despite, at times, having some doubt on certain figures relating to our area in past Census results, they can only reflect the number and content of our responses.”