The link below provides access to a short paper on the Australian Electricity Market, and some current thinking about the establishment of local 'community-minded' electricity retailers.  These retailers could be associated with the sale of locally generated renewable energy as a means of providing cheaper energy to households and businesses.

We have been working with a German-based biogas company, and researching the feasibility of producing biogas from waste products and purpose-grown energy crops in our region.  The downloadable paper below summarises our findings, however the key issues are:

Despite these positive features of biogas-sourced energy production, there are some hurdles: 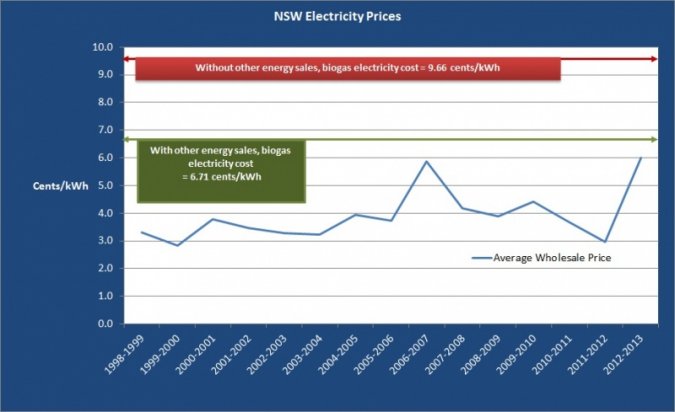