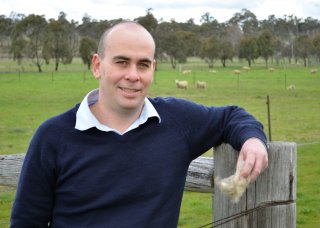 A cutting-edge shearing school project in the Northern Inland region has been developed in response to a national shortage of shearers and wool handlers. Regional Development Australia (RDA) Northern Inland led a taskforce of stakeholders whose collaboration has made “Wool Works” possible. An RDA Northern Inland funded trial day will be held at the Glen Innes Showground on Wednesday 5 October from 9am to 4pm and the general public from around the region is invited to attend this free event.

RDA Northern Inland Executive Officer Nathan Axelsson said the Wool Works shearing school trial will be entertaining for the public and enlightening for organisers, with some of the best shearers and wool handlers from across Australia and New Zealand flocking to the region to showcase the skills and demands of their profession. “They will be treating the day as a warm-up for the National Shearing and Wool Handling Championships, taking place at the Warialda Showground from Thursday 6 to Saturday 8 October,” he said. “The major national event is a spectator spectacular, with upwards of 120 shearers and wool handlers in a highly competitive arena.”

“High school students participating in the RDA Northern Inland Agribusiness Careers and Professions (AGCAP) program will be attending, furthering their insights into the sector,” Mr Axelsson said.
“The event will allow the Project Group to demonstrate that they are able to work with their key partners; the Department of Primary Industry and Local Land Services in relation to their requirements around biosecurity in particular. This then allows us to potentially provide shearer training programs at the Glen Innes Agricultural Research and Advisory Station (GIARAS); a fantastic facility and asset for the region.”
“The Project Group members are passionate about the region’s wool industry, its skilled labour and training needs. We have enjoyed the support of former shearer, Nationals Senator for NSW John Williams, as well as Member for Northern Tablelands, Adam Marshall and TAFE New England,” Mr Axelsson said.

“As someone who spent many years in shearing sheds, looking at the world upside down, I applaud this initiative and all involved,” said Senator Williams. “It is said that Australia rode on the sheep’s back. Our shearers have been an integral part of the nation’s development over the eyes. In a world where technology takes centre stage, it is refreshing to see these steps taken to ensure the skills of one of our greatest professions, shearing, live on.”

“I commend the foresight of RDA Northern Inland and the other stakeholders involved in developing this exciting concept and have strongly supported the proposal from the outset,” said Mr. Marshall. “With rural commodities, including wool, continuing to increase in value we face a resurgence in many rural industries and that will result in skill shortages, so a project such as this is not only timely but opportunistic.”

“I’m really excited by the prospect of a shearing school at the field station – it’s a great opportunity to use the world-class skills of local shearers and sheep production specialists to train the next generation,” said District Vet with the Northern Tablelands Local Land Services (LLS) Nigel Brown. “We can include technical aspects of animal health and welfare - biosecurity - along with practical shearing and sheep handling skills. This is good for the sheep, the producers and industry.”