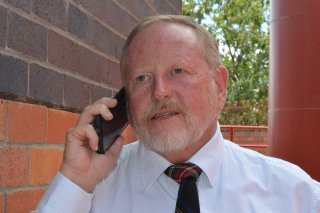 The Australian Government’s Department of Infrastructure, Regional Development and Cities has just announced that Round Three of its Building Better Regions Fund (BBRF) is now open. This round features a special $45 Million allocation for tourism related infrastructure projects that will help stimulate regional and remote communities, jobs, encourage new businesses and contribute long term economic growth.
Chair of Regional Development Australia Northern Inland (RDANI) Russell Stewart is calling on Local Councils and not-for-profit community organisations to make the most of the funding program.

“If you’ve got an investment-ready project and you can pitch a competitive case for funding it, then BBRF Round Three is an opportunity not to be missed. We at RDANI want to see quality projects bringing funding and flow-on economic benefits to local communities and our broader region,” Mr Stewart said.

Rounds One and Two of the BBRF were highly competitive. A total of 1,776 applications were received, with just over a quarter of these receiving funding. Round Three provides an additional $200 million. “It’s up to us to ensure we get our fair share of the pie,” Mr Stewart said.

“Local Councils should be aware that Local Government Financial Assistance Grants, which are paid annually to Councils by the Australian Government to assist with the delivery of services to communities, can be allocated to a project and form the Council’s “co-contribution” in a Building Better Regions grant application. However, not-for-profits and charities are also eligible,” he said.

“Our staff at RDANI have expertise and experience with the BBRF, as well as the research and documentation that an application can need if it is to succeed. Our consulting services are there for the region,” Mr. Stewart said.

Funding is available through two funding streams, Infrastructure Projects and Community Investments.
Deputy Prime Minister and Minister for Infrastructure, Transport and Regional Development, the Hon. Michael McCormack said the projects delivered under Round 3 will ensure regional and remote communities continue to thrive.

“We have had fantastic outcomes over the first two funding rounds of the Coalition Government’s Building Better Regions Fund and I expect Round 3 to deliver more of the same,” Mr. McCormack said.

Applications for the Infrastructure Projects Stream and Community Investments Stream close at 5pm, 15 November 2018, with announcement of successful projects expected in the first half of 2019.
A Ministerial Panel will take into account a number of factors in their final decision making including: spread of funding and projects across regions; whether similar projects exist to ensure that projects build on and support other projects and services, while not duplicating them; and previous funding under other programs.

Further information on eligibility and how to apply is available at www.infrastructure.gov.au/bbrf
The recipients of grant funding under round two were announced in July 2018, and two Northern Inland projects were funded for Inverell and one in Tenterfield. Inverell Shire Council received $2.5 Million under the Infrastructure Projects Stream for the Upgrade and Redevelopment of the Inverell Livestock Exchange. The council also received $35,600 under the Community Investment Stream for Developing a Cultural and Arts Strategic Plan. Tenterfield Chamber of Tourism Industry & Business Incorporated received $30,000 to run an annual festival to celebrate the life and music of Peter Allen and his influence in the Australian music industry.