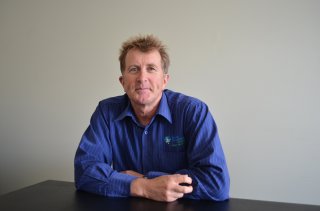 As they struggle to cope with the impacts of the worst NSW drought in memory, non-farm businesses are increasingly frustrated with their inability to access the type of government support that farmers can, according to Senior Research Economist David Thompson from Regional Development Australia Northern Inland (RDANI).

A survey of non-farm businesses conducted by RDANI in the Northern Inland region of NSW has revealed significant negative impacts on business turnover and employment levels. Such is the desire of business people to have their voices heard that a total of 432 non-farm businesses have participated to date, with the deadline to do the survey now extended to the end of November. David Thompson has drawn out pertinent figures and conclusions from the results as of Wednesday 20 November 2019. “The survey has shown that 58% of the region’s non-farm businesses are reporting a turnover reduction in the range of 11-50%, and 15% report a reduction of 51-75%,” he said. They are calling for practical support and some great, sometime heart-wrenching insights have come in and should help to educate our political representatives.”

“Sales reductions clearly have a negative impact on business profitability and sustainability,” said Mr. Thompson.  “Some businesses are reporting they are having to close their doors or put the business into hibernation in an attempt to minimise their costs as they simply don’t have the cashflow to continue trading and meeting daily operating expenses.”

Businesses were asked what they had been doing to cope with the extended drought. Common strategies included reducing operating costs (75% of businesses), reducing personal expenditure (67%), reducing staff costs (49%) and delaying payments to suppliers (35%). “All of these actions are likely to have negative flow-on effects to other local businesses in the region. Also of concern is that 45% of businesses have taken on additional debt or refinanced existing debt in order to survive,” Mr. Thompson said.

When asked what actions the three tiers of government could take to assist their businesses through the drought, council rate reductions (52% of businesses) and zero interest loans from governments (49%) featured strongly, as did access to the same household payments and other support to which farm businesses are eligible (46%).

Many non-farm businesses commented that their inability to access the type of support which farmers can receive was inequitable, particularly for businesses that relied almost entirely on the farming sector such as machinery suppliers, stock and station agents and rural produce stores.

“An issue to feature strongly is the need for business assistance to retain qualified staff. Several businesses noted that staff who were laid off either went straight onto welfare payments or left the district to look for work. Both these actions only further exacerbated the negative impact of the drought on the local economy,” said Mr. Thompson. “Business owners felt a much better approach than having staff leave and/or go onto unemployment benefits was for governments to pay that (welfare) money to businesses as a wage subsidy so that skilled labour could be retained in the region and in the business.”

“Being able to keep quality staff would also speed business and economic recovery once the drought ends, as business activity could be ramped back up more quickly without the need to recruit and re-train new staff.”

Mr. Thompson explained how the impact of taxation on business cashflow has emerged as also a major hurdle for businesses dealing with the drought. “Making quarterly GST and income tax payments (PAYG) in particular was a problem for many, who suggested these payments should be deferred in severe droughts until conditions and cashflow improve.”

“More general regional income taxation relief was also sought, along the lines of the previous debates on zonal taxation areas, with lower income tax rates for those in drought affected areas. The capacity to tap into superannuation accounts during times of severe drought has been mentioned, as has the provision of vouchers or gift cards to local residents which must be spent within the local area to help support business cash-flow. If Local Councils wish to use drought funding to stimulate their local economy, then our survey can show the Federal Government that this is an option that local businesses support,” Mr. Thompson said.

RDANI Executive Director Nathan Axelsson said the survey will remain open for input until November 30th and can be accessed through RDANI social media or directly, at:

https://www.surveymonkey.com/r/DroughtImpactOnBusinesses “If you're a Non-Farming Business in the region please fill out the survey so that we can gather evidence for a call to action. It'll only take five minutes and can be completely anonymous” he said.