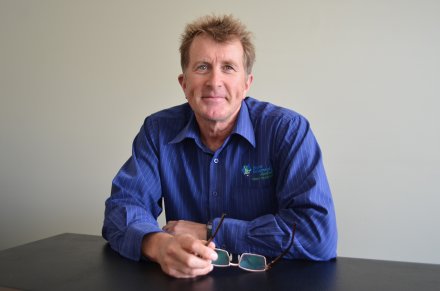 With a Federal Government economic stimulus package in response to the Coronavirus (COVID-19) and the bushfires reportedly imminent, Chair of Regional Development Australia Northern Inland (RDANI) Russell Stewart warns that failing to include the impacts of the worst ever drought will highlight the disconnect our city-based politicians have with regional Australia.  “We have produced the figures to show our political representatives that business drought impacts cannot remain underappreciated,” Mr. Stewart said.

The worst drought in living memory has been a natural disaster in slow-motion and continues to have a devastating effect on the farming sector. However, the impacts on non-farm businesses in regional communities have been largely ignored and continued lack of action will be at the peril of smaller regional communities, according to Senior Research Economist David Thompson from RDANI.

In late 2019, RDANI conducted a survey of non-farm businesses to assess the impacts and survival responses, and to seek views on the forms of government assistance preferred by businesses. Such is the hidden struggle for local business people that they were eager to tell their stories, with 439 non-farm businesses in the Northern Inland region of NSW responding. “A broad spectrum of industries were represented in the survey but the strongest representation was from the retail sector, which comprised close to 25 percent of respondents,” Mr. Thompson said.

“Our regional economies are tied to the land. The drought has starved our farms and water supplies but the flow-on impacts experienced by non-farm businesses has been more direct and stark than appreciated to date.”

“When you look at the participation our region-wide survey attracted and the financial hit businesses took in one year, you see that the drought is really threatening the sustainability of many regional businesses, beyond the farm gates, depressing local economies in Northern Inland NSW and across Australia” said Mr. Thompson.

The survey also quantified job losses in drought impacted regional economies. While 47 percent of respondents managed to retain all staff in 2018-19, 36 percent reduced staff by one or two and 15 percent by three or more. Only two percent achieved job growth. Surveyed businesses also reflected these figures in their expectations for 2019-20.

Drought survival strategies among Northern Inland businesses have been varied but there have been common themes. “We’ve seen over three-quarters of businesses reducing operating costs, yet that can also cut back their operational capacities. More than one-quarter have diversified into new markets or products, while almost 20 percent have had to rely on financial assistance from family or friends. Debt burdens have increased, making recovery from the drought impacts all the more challenging,” Mr. Thompson said.

We received practical insights from local business people on the kind of support they would like to see from Government. “Almost half want to see zero interest loans. Tax averaging was sought by 39 percent, Council rates reductions by 51 percent, payroll reductions by 43 percent, income equalisation deposits by 32 percent, fortnightly household support payments by 46 percent, funding for training, courses and professional advice by 30 percent and healthcare card eligibility by 35 percent of surveyed businesses,” he said.