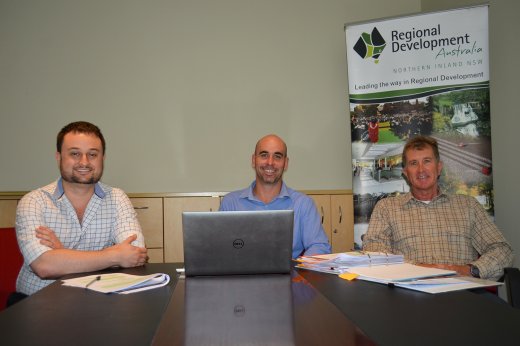 “The worst drought in living memory, our nation’s worst bushfire season and now the Coronavirus (COVID-19); the bad news has been bombarding us for some time now and it important to focus on the positives,” RDANI Chair Russell Stewart said. “Regional Development Australia Northern Inland (RDANI) has just released a list of the funding wins for the region that we have contributed to and these are positive outcomes that we are justly proud of.”

“Our dedicated staff in Armidale have helped develop successful funding applications, with business cases, cost-benefit analysis and regional data for Local Government, not-for-profits and businesses across our region. Over the past two years, we have helped attract over $30million in funding to this region, towards projects totaling over $68million, but worth so much more to our economic and social growth.”

“Being an independent not-for-profit organisation, RDANI has been able to add real weight to funding applications for projects that genuinely contribute to the development of our region and for an economist, that is satisfying,” RDANI’s Senior Research Economist David Thompson said.

“Applying data, research and economic modelling, together with our regional perspective, has delivered some of the best and most realistic applications State and Federal funding bodies have seen, according to their feedback. We also use services such as REMPLAN along with historical research and analysis of the current circumstances relating to a project to estimate the economic flow-on benefits of projects”.

RDANI Executive Director Nathan Axelsson said that Economist James Pryor has provided a great deal of funding guidance to smaller community organisations, from country Show Societies to schools, childcare centres and sporting bodies. “We identify relevant funding opportunities and inform the region about them via our newsletters, website and social media. However, partnerships are key when it comes to applying for funding. Engaging with their local RDA has been to the benefit of local and regional economies.”

“Our most recently announced funding win for the region was made by Member for Tamworth, Kevin Anderson. The road project that will enable access between the Werris Creek rail freight intermodal and the New England Highway has a total budget of $9.146mil. and the State Government is to be commended for chipping in $7.296Mil.,” he said. “Liverpool Plains Shire Council took the initiative to work with us and the result will be a great economic driver.”

“Other big wins include the UNE Discovery Centre, which has a projected cost of $15.215Mil. and received $6.128Mil in funding and Armidale Regional Council’s Airport Industrial Park, which attracted $6.5Mil., announced by Member for Northern Tablelands Adam Marshall last year. We also helped Inverell Shire Council rake in $5Mil. for the $5.73Mil. Copeton Foreshores project.”

“A Gwydir Highway Roundabout attracted $2.2Mil. for a $5.2Mil project and $1Mil. was granted for the Armidale Adventure Playground. We assisted in securing $114,000 for the Tingha Skate Park. The Saumarez Homestead Tourism upgrade received $1.77Mil. for a $2.87Mil. project. Uralla Shire Council received $1.08Mil. for their $1.1Mil. Tolleys Bridge project.”

“A new relationship between RDANI and Tenterfield Shire Council is currently being developed and we look forward to supporting that proactive, progressive community,” Mr. Axelsson said. “We are keen to support all Councils and organisations in our region, for a win-win outcome.”