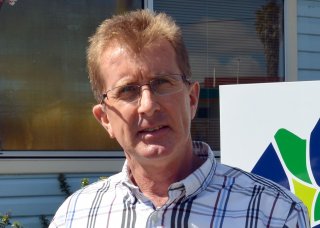 Regional Development Australia Northern Inland (RDANI) conducted a NSW Department of Industry funded workshop on cutting energy costs for businesses in Uralla and Tamworth recently as part of a project which examined business energy use in the region.

RDANI Senior Project Officer David Thompson will next present the results of the project to the Bingara V2020 meeting to be held on Thursday, 4 August, 6pm at the Roxy Café in Bingara.

“We looked at forms of energy that a diverse cross-section of businesses around the region are using, ways they could reduce their energy costs and their potential for becoming involved with renewable energy,” Mr Thompson said. “Cutting energy costs can be a big deal. The business spend on electricity and gas in this region exceeds $410M annually.  For individual businesses it ranges from a couple of hundred dollars to over $200,000 a month. One supermarket cut its monthly power bill from $8,500 to $3,500 by improving the energy efficiency of their refrigeration, installing LED lighting, a solar system and some inverters. Another business halved their gas cost by investing in bio-gas capture technology.”

Mr Thompson believes any size or type of business in the region could benefit from the information provided in the study results. “At the Tamworth workshop, I was approached by a business who had been considering solar panels.  The information presented at the workshop and in our report helped them to understand that there were also a range of other energy efficiency measures they could invest in first, which would ultimately reduce the size and cost of the solar system they required.”

“Not only did we look into energy efficiency options for businesses, we also examined the prospects for renewable energy, in particular solar, wind and biogas, both at small (individual business) and large (electricity grid) scale”.

There are short and long-term benefits for the Northern Inland economy from around $1.4 Billion of large-scale solar and wind projects, either operational or under development in our region,” he said. “If this were any other type of regional investment, it would be shouted from the rooftops, but renewable energy and the economic benefits it can bring seems to fly under the radar”.

Narrabri-based RDANI Chair Russell Stewart described the project as an important regional development contribution. “It’s all about bringing operating costs down towards increasing the competitiveness and sustainability of our businesses and our economy generally.”

“We have produced a report that will go on our website and this has a number of charts and decision making diagrams to help a business through the steps they can take to reduce their energy costs. It also outlines how to access funding for energy efficiency improvement measures within a business.” The project reports can be found at http://www.rdani.org.au/projects/northern-inland-business-energy-assessment.php.