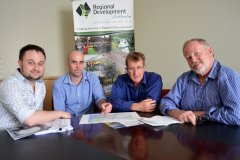 The numbers clearly show that the drought ravaging regional New South Wales is the worst since records began in the 19th century and it is past time that our city cousins and policy-makers understand the unfolding crisis. To illustrate how Sydney would be suffering if the locales were reversed, our researchers have utilised innovative economic modelling to paint a clear picture of the economic, environmental and community impacts of the ongoing drought in Northern NSW and then overlayed that picture with one of Sydney.

Although we have typically used our economic modelling software, REMPLAN to measure the positive impacts of proposed investments, it can be used to measure the negative impacts of drought on a regional economy. NSW Business Chamber surveys have indicated the drought in our region has reduced business’ turnover by as much as 33%. We modelled a 25% reduction in agricultural business turnover, which leads to 4,178 job losses across the Northern Inland NSW economy.

To bring the picture into focus for those in the city, we were able to map the equivalent economic downturn, if it was to occur in Sydney. 4,178 jobs lost in our region is 5.8% of the workforce.  The equivalent impact in Sydney would be 130,000 job losses, or 100% of jobs lost in each of the 11 suburbs shown in red on the map, namely Avalon Beach, Bankstown, Baulkham Hills, Blacktown, Chatswood, Cronulla, Maroubra, Minto, Moorebank, Penrith and Strathfield. 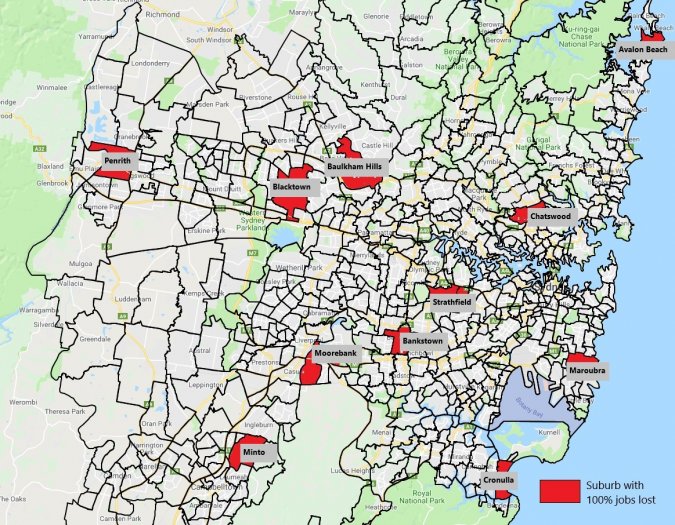 Until now, the economic impacts experienced in eastern Australia through extended drought conditions have been beyond the imagination of city residents. It is hoped that Sydneysiders can better understand the catastrophic impact of the ongoing drought, not just for the farmers, but for each and every small business in our towns and cities that rely on the broader farming sector’s spending for their survival. By escaping the city, exploring a region and spending a few dollars in our character-packed towns, Sydneysiders can help our communities with much needed economic stimulus.