Could You Help Tell Our Region’s Story in The Census? 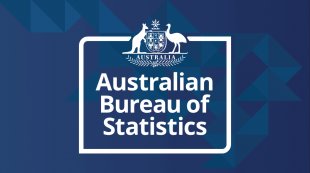 Australia’s 18th Census will be held this year on the 10th of August.

The census is conducted every five years, and is the most comprehensive snapshot of our economic, social and cultural makeup. This information is then used by government, business and community groups for a range of decision making, including the provision of infrastructure and services such as health, roads, and schools.

To conduct the census, the Australian Bureau of Statistics (ABS) will hire 38,000 temporary positions. The ABS is currently recruiting 20,000 Census Field Officers across the country, including Field Officer roles in the Northern Inland.

Field Officers are a crucial workforce that will help people throughout Australia to participate in the Census. They assist the ABS at a local level by delivering Census instructions and forms and by visiting households that have not yet responded.

“Field Officers play a vital role as they promote Census participation and answer peoples’ questions. Helping members of the public who need special support to complete the Census is a key role for our Field Officers.” said Andrew Henderson, Census Executive Director and National Spokesperson. “We want to recruit motivated people who are keen to tell their community’s story through the successful collection of Census data. Previous experience isn't a requirement and training will be provided prior to commencing the job.”

They are seeking people that know their local area and are also looking for people who can speak a language other than English as part of the job. The flexible working hours are variable and will include weekdays, weekends and evenings. Jobs are expected to fill quickly, so interested applicants are encouraged to view the applicant kit and apply early through the Census Jobs Portal.