Back On Track - Sharing the Story of BackTrack 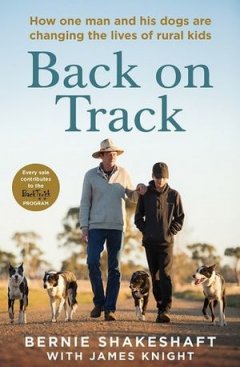 Many people around the region are familiar with the achievements of Bernie Shakeshaft, CEO of BackTrack or have seen the teens and their high-jumping dogs at festivals and events around the region. Since its inception in 2006, the BackTrack program has worked with more than 1,000 at-risk teens who have been kicked out of the education system, or are on the path to prison, or generally both.

The BackTrack program takes in troubled teens on a day-to-day basis, helping them not only address their educational problems, but also housing, financial, legal and social issues, as well as anything else in the road of them reaching their potential. The boys, and now girls, are put through an individually tailored school curriculum, but are also taught a variety of trade skills, being put to work on local projects to teach self-worth, and the value of a hard day's work, and always with the program's signature tool - a sheepdog - by their side. The program boasts an 87 per cent success rate of participants gaining either full-time employment or training and education.

This week, Bernie’s book Back On Track was released. It tells his story and the stories of those whose lives he has saved, and is being quoted as being a powerful reminder that we should never give up on our kids. Special signed edition and plain copies of the book and DVDs of the 2018 documentary Backtrack Boys are available directly from BackTrack on their website or through retailers. The book will be officially launched at a public event in Armidale tonight and further details are available on through the Hachette Australia website. Every sale of the book contributes to BackTrack and will go back into the program to support kids.