An Electric Future for Vehicles in Australia’s Regions 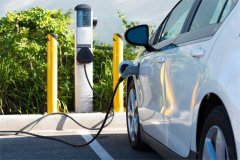 For many years, the vehicle market has been dominated by internal combustion engines, but we are now commencing a significant transition to electric motors, batteries and hydrogen fuel cells, not only for passenger vehicles, but also planes, trucks and public transport, even James Bond is embracing the technology. These technologies offer vehicles that are cleaner, quieter and cheaper to operate. This move to electric vehicles is a key part of the four ‘ACES’ mega-trends in transport, which is made up of Automation, Connectivity, Electrification and Sharing.

Electric vehicles are becoming more affordable for businesses, government and individuals alike, with this technology expected to reach parity with their internal combustion counterparts in the mid-2020s for smaller passenger cars and the late 2020’s for SUVs. As well as their environmental benefits, these vehicles have lower fuel costs, with charging costs being only 25-35% of equivalent fuel costs and lower maintenance costs. The cost of living savings this will create will flow to households, businesses and the wider community.

As at September 2018, there were 1,700 batter electric vehicles and 28,000 petrol-electric hybrid vehicles registered in New South Wales. There were also 390 public charging points in New South Wales and the number is growing steadily as commercial charging providers are installing points on major roads and highways. ARENA predicts electric vehicles will make up all new vehicle sales by the mid 2040s, demonstrating the need to be ready to make the most of the opportunities this new industry will present our communities.

The New South Wales Government indicates in the NSW Electric And Hybrid Vehicle Plan that they will be working with councils, communities and commercial partners to co-invest in fast chargers on major regional routes and destinations where charging points are less likely to be installed on a fully commercial basis. By doing so, they aim to help regional residents and businesses to share in the cost savings and other benefits of electric vehicles.

The NSW Government is seeking to partner with industry and researchers to better understand the benefits, requirements, performance and what electric vehicles will mean for our transport and road networks. If you are interested in collaborating with the NSW Government in this sector, you can contact them by email at : electricvehicles@transport.nsw.gov.au