About the Northern Inland Region

The Northern Inland Region of NSW (geographically known as the New England and North West Regions of NSW) covers a land area of 98,606 square kilometres, and consists of a population of 183,000. 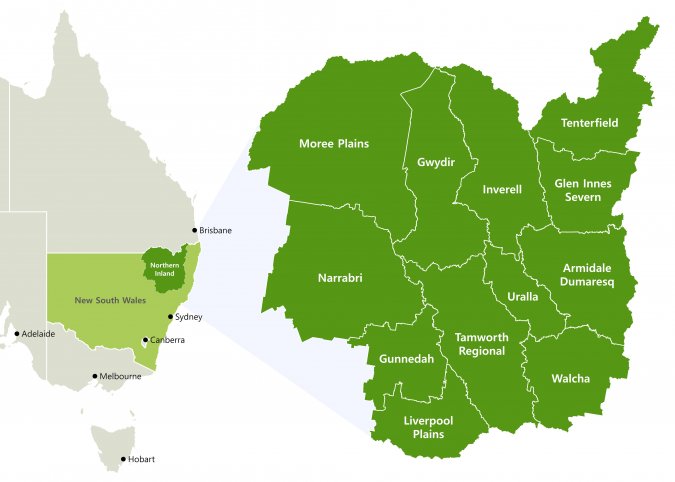 The Northern Inland Region is defined by twelve Local Government areas. We have developed a seperate Come On Inland website to aid Skilled Migrants and Australian residents to relocate to the region. On this site there is a weath of information, including realestate, education and lifestyle options, employment and information for families for each Local Government Area:

The main population centres in the region are:

Postcodes for the Northern Inland

As a guide, we have compiled a list of postcodes for the Northern Inland region. As some of these may cross boundaries of Local Government Areas, and is subject to change, you must confirm these against the list of designated regional areas from the Department of Home Affairs.