New England to get a ‘Taste of Italy’ at prominent winery 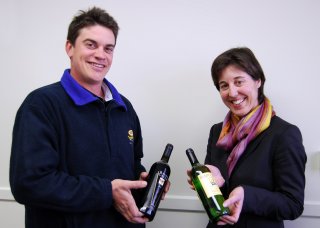 The next big thing on the Northern Inland region’s food and wine events calendar is ‘A taste of Italy’ at Reedy Creek Estate Wines near Tenterfield on the October long weekend. Reedy Creek winemaker, Nick De Stefani promises an authentic and fun cultural experience.

“We’re hosting ‘A taste of Italy’ to give the locals of Northern Inland NSW and its visitors the opportunity to indulge and experience a traditional Italian long lunch at the winery. We’ll have a band come down from Brisbane to provide live entertainment. There will also be a charity auction through the day, with funds raised going to the Westpac Rescue Helicopter and Cystic Fibrosis Australia,” Mr. De Stefani said.

The event will incorporate locally produced food, served Italian style. “We’ll be serving up regional produce in traditional Italian dishes. We’ll start about 11:30am and finish late in the afternoon. For further information, people can jump on the Reedy Creek website or call the winery.”

“A lot of cultures have come together to make the New England region what it is today. Various European nationalities have settled in the area. Up in the north-eastern part of the region there are a lot of Italians, because it used to be a tobacco growing area. There’s still a big Italian population on the western side of Tenterfield. It’d be the second most commonly spoken language in Tenterfield.”

The New England Australia wine region has grown rapidly in recent years. The regional approach to industry growth has been encouraged and supported by Regional Development Australia Northern Inland (RDANI) and Industry and Investment NSW. “Flow on benefits from the industry’s coming of age have included wine tourism expansion and the diversification of the identity of the region,” said Executive Officer of RDANI, Nathan Axelsson.

“The social and cultural outcomes from an event like ‘A Taste of Italy’ are just as significant as the economic contributions the region is seeing with the development of the wine industry. RDANI applauds Reedy Creek Estate for developing such a worthwhile regional food and wine event. There is clearly pride in what such an event can mean, in the region, beyond their own cellar door. We encourage the community to support ‘A Taste of Italy’,” he said.

The New England wine industry began with Ready Creek Estate. “We were the first wine producer in the region. We planted our first vineyard in 1969. Our cellar door has been open since 1997. We built the first winery in the region in 2002. We produce all of our wines from our estate grown grapes – everything is done in the winery, from start to finish,” Mr. De Stefani said.

“We’re currently exporting to strong overseas markets,” he said. “I’m the second generation at Reedy Creek. We’re quite proud of what we’ve achieved and how the industry is growing on a regional level.”